In late July 2015, an outbreak of Legionnaires’ disease was reported in the Bronx, New York, which has so far resulted in 7 deaths and over 80 individuals infected.  In light of these recent events, ChemSystems would like to inform our customers about the Legionella bacteria, what can be done to prevent it, and what ChemSystems can do to help.

What is Legionella Bacteria?

Legionella are rod shaped, Gram Negative, Aerobic bacteria.  Theses bacteria are the causative agent for the disease known as Legionellosis. 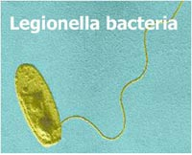 Pneumophila – Lung Loving.  When referring to the Legionella bacteria, this indicates that the bacteria can thrive and cause Legionella when inoculated in a person’s lungs.

Legionellosis – The name used to describe the illness caused by exposure to the bacteria pathogen Legionella.  This is acquired by inhalation or aspiration into the lungs. 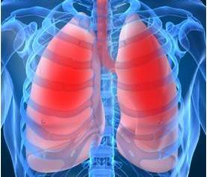 How is Legionella Transmitted?

Most at risk are the elderly and those with suppressed immune or respiratory systems.  This includes heavy smokers, alcoholics, HIV patients, organ transplant patients.  The most common risk factor found in LD patients is heavy cigarette smoking, along with chronic lung disease.

Controlling the Growth of Legionella

The primary objective in controlling the growth and amplification of Legionella is to avoid conditions which would allow Legionella bacteria to proliferate.  For the water treatment industry, this would mean we should ensure that our customers are aware of:

*REMEMBER*: Chemicals are an important part for preventative maintenance of the cooling system, but the Customer must have a program in place for cleaning the cooling tower regularly.

ChemSystems can provide testing for Legionella in your cooling tower system.  The testing method used by ChemSystems is PCR.

It is also important to note the following: